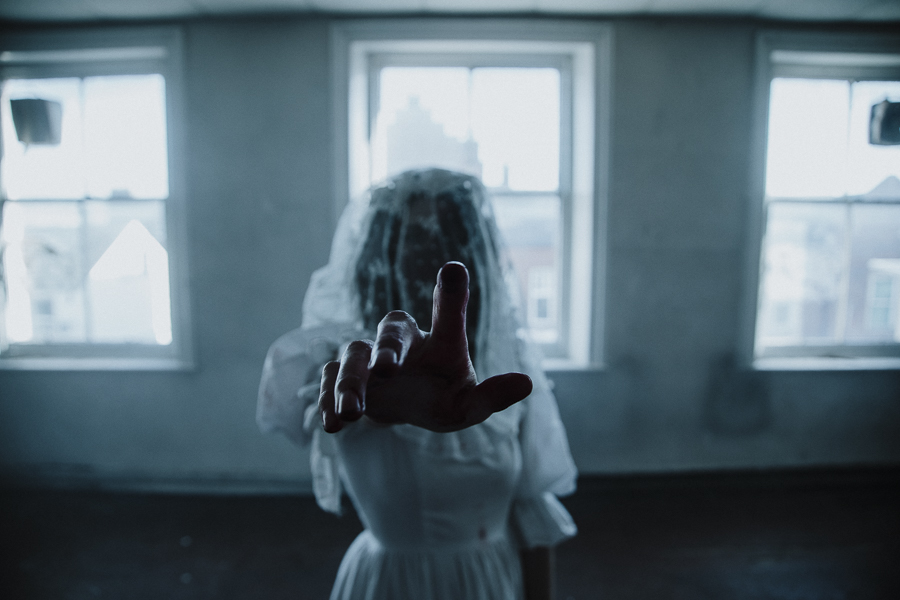 Rafaella stood in front of the full-length mirror. She was resplendent in white, her stunning wedding dress making full use of her natural beauty. She stood out like a beacon against the gold and brown swirls of the newly-pasted wallpaper behind her. She was going to be the most beautiful bride of 1971, no doubt about it.

Rafaella was to marry her one true love, Alister, at the weekend. “He’s the luckiest guy on earth,” she giggled to herself, proud of the woman she had become as she gazed into her own smiling eyes. Almost at once, a cloud descended across those glittering pupils, a cloud of uncertainty, insecurity. A blanket of fear.

Sure, she was going to turn all heads on her big day, but what about on her fifth anniversary? How about after 10 years? Would they even last until their silver wedding? What if her good looks drifted from her? She could do nothing about that. Would the fact that she was SO stunning on her wedding day make Alister think that this was the pinnacle of their time together, that the attraction would only wane in the future?

Rafaella was studying for her PhD in Science. She knew something about experimental chemical formulas, allegedly with anti-ageing properties. But not nearly as much as her lecturer Dr Hallows, whose encyclopedic knowledge was powerful enough to overcome his gnarled public appearance and, it has to be said, a fairly formidable musty smell.

She simply had to pick his brain, so to speak. 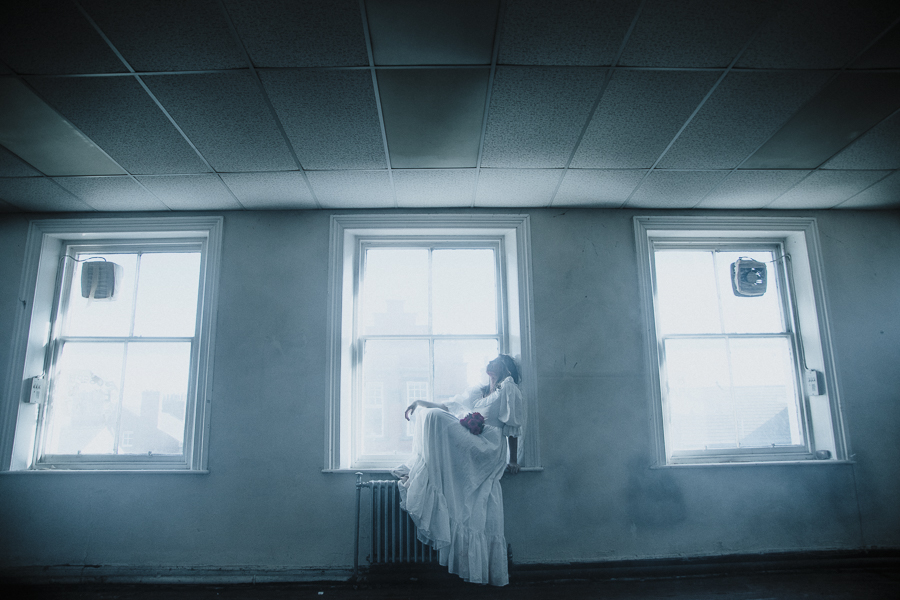 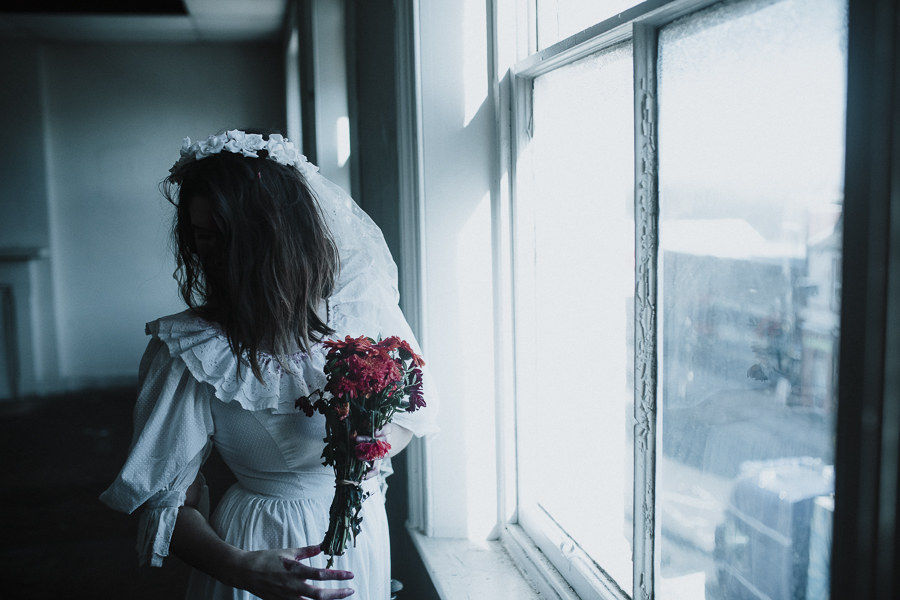 Alister came to collect Rafiella from university the next day, noticing she was wearing a face of both excitement and nerves as she pushed her way out of the door, past a rather unpleasant looking man. “Must be thinking about the wedding,” he smiled to himself, before his dreaming was shattered by Rafaella’s brief scream, followed immediately by the dusty old gentleman’s apologies for catching her with one of his unfathomably long fingernails.

Clutching a small bottle of clear liquid – perfume, assumed Alister – Rafiella demanded of him that they leave immediately.

Her insecurities remained until the wedding day. She was all dressed up with one place to go, she knew she was the brightest star that day but she still worried her glory would fade. She remembered the words of her old lecturer a couple of days previously. “This will make you forever look like you do as Alister slips on your wedding ring. Just be careful what you wish for, dear….”

The last part of that had washed around in her head without making much impression. She was single-minded, she craved eternal beauty. She turned and asked her mother to fetch her bouquet, and as all heads turned away, Rafiella sipped the potion her lecturer had concocted for her.

She glided effortlessly down the aisle, breathing in all the gasps from both sides as people marvelled at her beauty. Alister could not believe his luck at marrying someone so naturally radiant. Even if she didn’t look so beautiful, he wouldn’t have cared. He had fallen in love with the beauty of her personality.

“With this ring…” beamed Alister. They were words that would always root themselves in his nightmares. 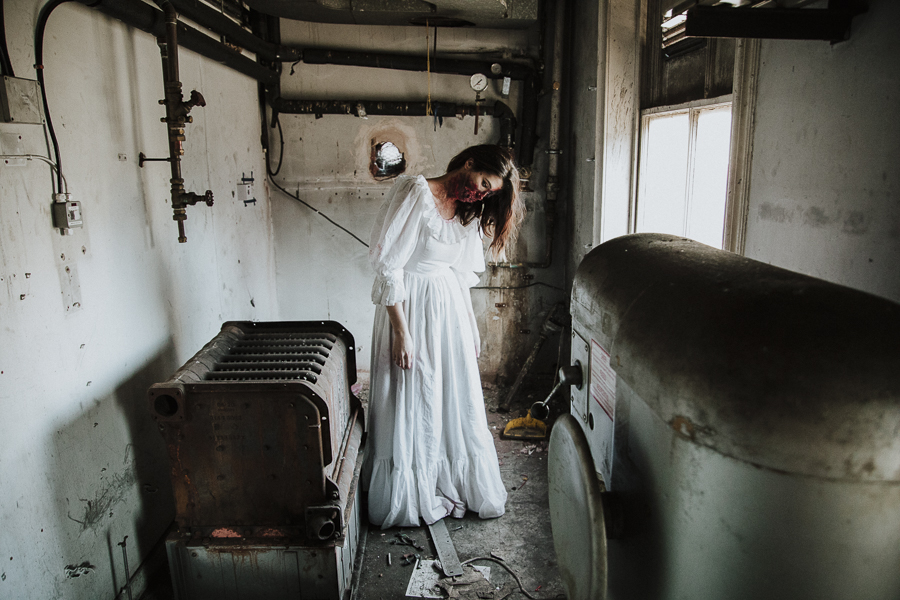 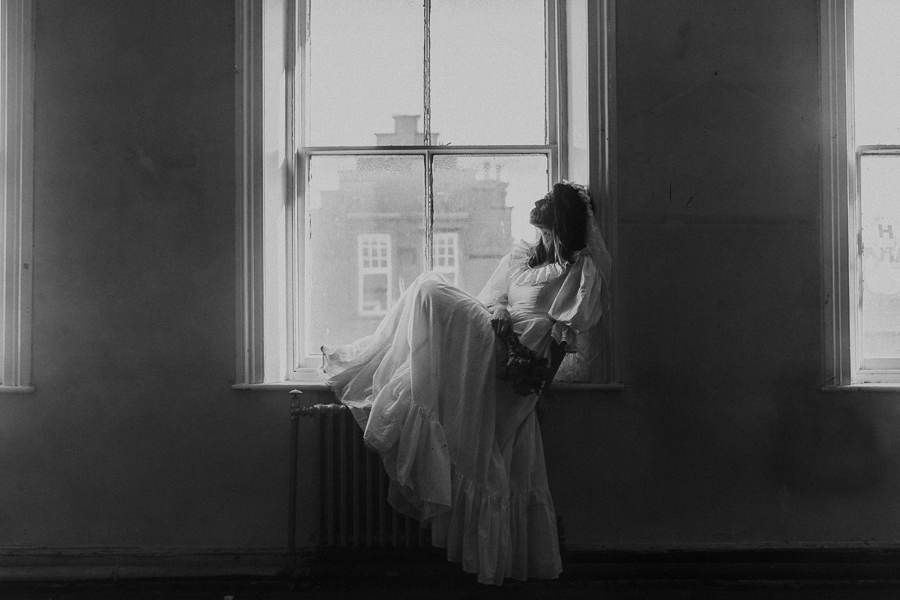 As the wedding ring slipped onto Rafaella’s slender finger, the scratch she received from her lecturer at the top of her arm began to burn deeply. As she winced, the pain grew rapidly up to her face and she slumped violently to the floor, shrieking so loud as to knock the organist off her chair at the blood-curdling echo from the belltower.

Rafaella lashed out with her legs as she cradled her head in her blood-soaked hands.

The congregation fell apart into screams, wails and faints, many scrambling over prayer cushions and tossing Bibles aside to lunge for the church exit in mortal fear of what they were witnessing.

Rafaella’s face had started blistering, then seeping, then tearing open like she was one of the wedding presents left back at home. One filled of blood, of flesh, of bone. A macabre twist on the knife set that had become such a popular gift at the turn of the decade.

The priest abandoned his wedding speech and stumbled straight into an exorcism; words he had practised but had hoped never to use. Rafaella’s memories of the day fade there. She is quite content at that. She has heard stories of what happened afterwards but can still not face up to the horrors of those dark, twisted tales.

The potion worked at least. She still looks like she did as Alister slipped on that wedding ring: Beautiful with a side portion of gore. She knows she cannot leave this earth, she knows nothing will change her appearance. She did search out Dr Hallows in desperation for everything from an explanation to advice, but he has been untraceable. 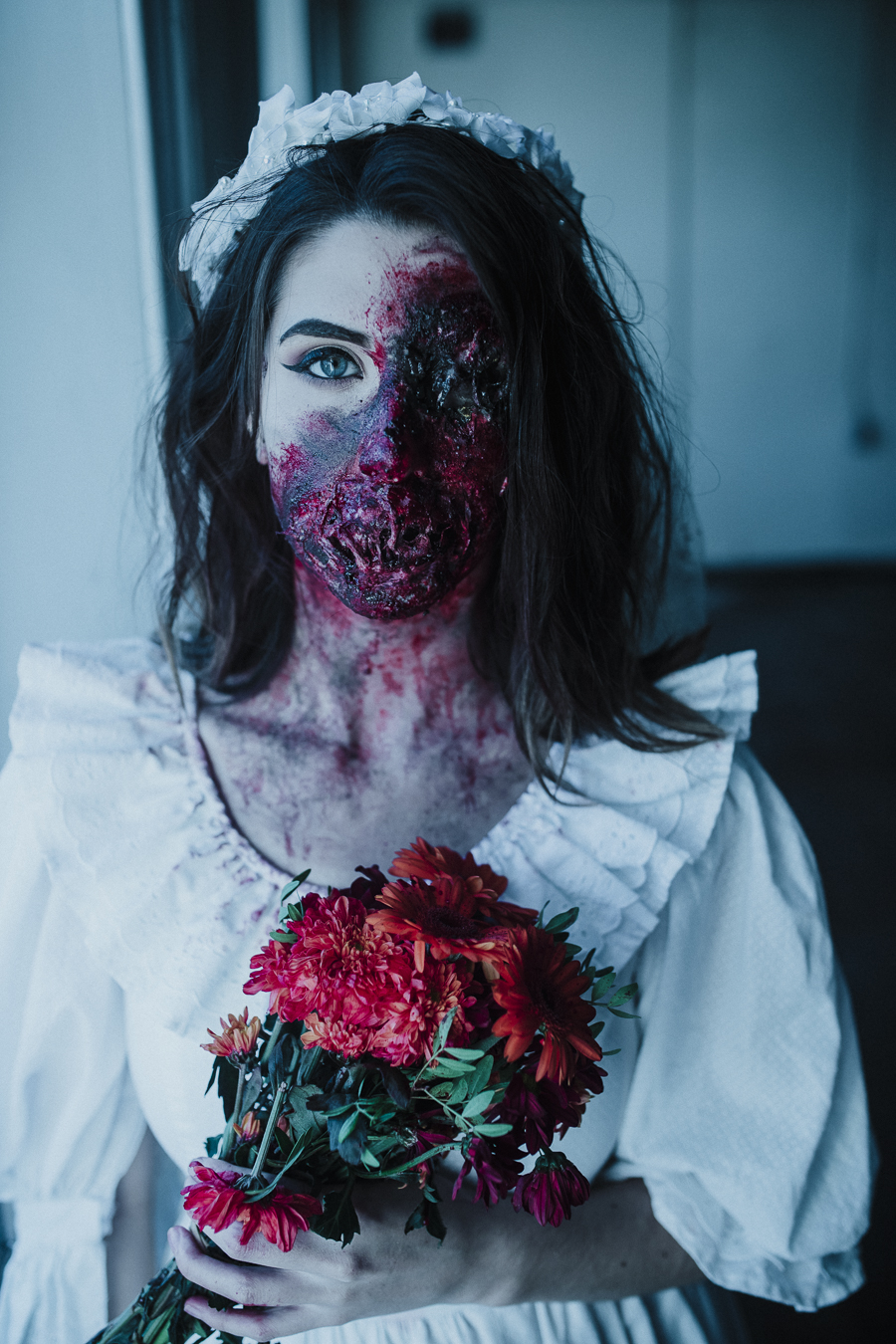 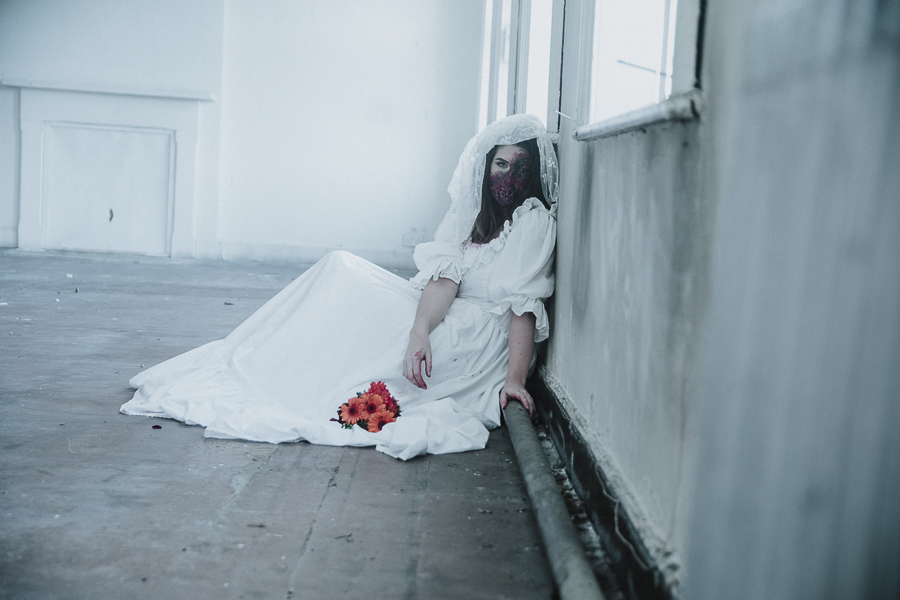 This is the ruinous life Rafaella leads, hiding pitifully in the long shadows and pitch black corners.

She still remembers standing in front of that full-length mirror. Once she had come to terms with her disgusting disfigurement, she began craving one more, painful yet strangely invigorating opportunity to put on her wedding dress and gaze into her remaining eye.

She wanted to smile again.

How could I disappoint her? Please appreciate the tragedy of her story as you look at her new photographs. And be careful what you wish for… 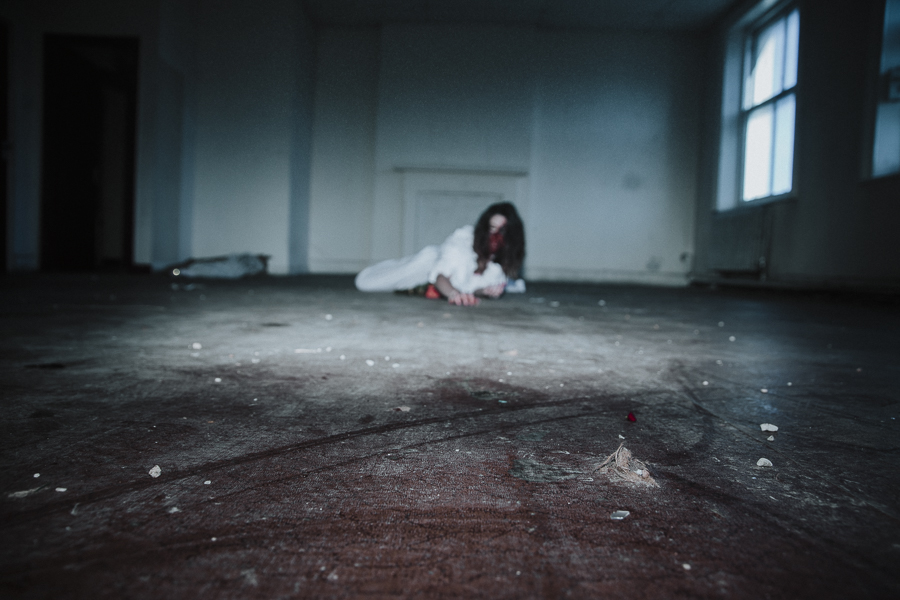 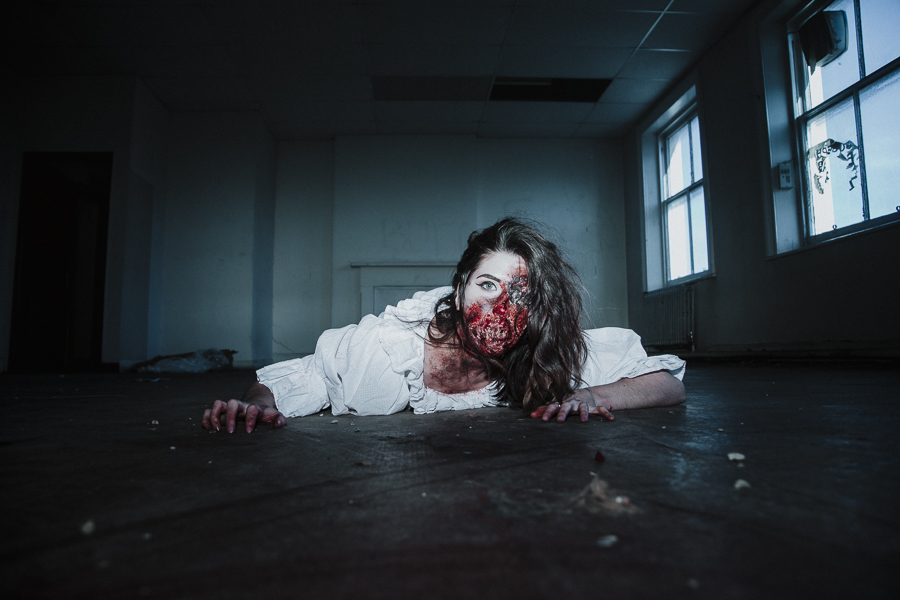 With huge thanks to:

Mark Campbell from Make Your Mark for his amazing content writing, in writing the story, Joshua Wyborne Photography for his wonderfully macabre images and Luisa Maria for her incredible makeup skills and modelling!

Sonia Collett
Founder and Editor of the WTW blog. Sonia set up Want That Wedding over 7 years ago - after her own wedding day. During the planning process, Sonia realised she had a mad crazy love for all things wedding and continues to be a total wedding obsessive to this very day! Happiest when swooning over newlyweds real weddings or beautiful wedding dresses... she's also an incurable romantic who is rather fond of anything that glitters. Follow her on Instagram (wantthatwedding), Twitter, (@wantthatwedding), Pinterest (wantthatwedding) and Facebook (wantthatwedding)
Recommended Posts
Showing 2 comments 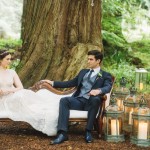 Evergreen Bridal Shoot in the Garden of Ireland!Styled Inspiration 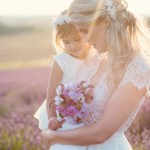