Hello, I’m James Alexander owner of Blue Sage Films. I discovered my love for video when I was first introduced to a VHS camcorder around the age of twelve years old.  Every weekend was spent making films with my brother and friends. Later, I attended film school in The North East of England where I found myself in the presence of other aspiring filmmakers. This journey led me onto making my first wedding video.

Who or what inspired you to become a wedding filmmaker?

Five years ago, I was asked by a friend if I would film his cousin’s wedding locally in Durham City. It was a garden wedding and to this day it’s one of the most beautiful I’ve been too. I’ll be honest I didn’t exactly know what I was doing at the time but I knew if I captured the most special moments I could put something together with music. People loved it, within 30 minutes of it being online I was getting phone calls and emails asking if I could film their wedding. It really was crazy, we were then asked to feature the video on Love Your Dress blog and things just snowballed from there and it hasn’t ever stopped.

How would you describe your particular style of wedding videography?

On our website, we describe it as honest and emotive. I would say documentary style is a good way of describing it. We rarely stage anything, it’s all about capturing those special moments on film for you to treasure for a lifetime.

If you could go anywhere in the world and film any couple, who would that be, why, and where would you go?

I’m going to say Harry and Megan because I know that would make my grandma proud. And I would take them to Joshua Tree, California. It’s been our dream to film there for a few years now and truly believe there’s nowhere like it on the planet. At night, the stars are so beautiful – It’s a magical place.

What’s been your most memorable wedding moment so far?

Ok, this is really hard, there have been so many AMAZING weddings.  Our first wedding was definitely one of the most memorable because everything was so new to us back then and the reactions from people who watched it were truly moving. I will have to say the MOST  memorable is filming my sister’s wedding last October. It was really special to me because I had my family around me and to capture all of them on film isn’t something that happens often. It was lovely to see the joy on everyone’s faces and know that I have that to look back on forever.

Give us 5 facts about you…

When it comes to selecting a wedding videographer, what advice would you give to brides and grooms?

Ok, we know that videography is still low down on a lot of couples lists. I think some people still think of the wedding video as someone with a tripod at the back of the room making a long and boring film that no one ever gets round to watching. Today it’s so much more than that. We might sound bias but our advice would be not to pass up on a wedding videographer. Photographs are beautiful but there’s something so very special about having a video of your family and friends at their happiest. To have a video of your loved one’s talking, laughing and dancing, something you can show your kids, well, we think it’s so important.

What a fantastic interview. I’ve loved getting to know you, James and I totally agree on the importance of capturing your big. It’s one of my biggest wedding regrets, not budgeting for videography.

So, do you want to see Blue Sage Films in action? Of course, you do! Here are two of their beautiful wedding films. 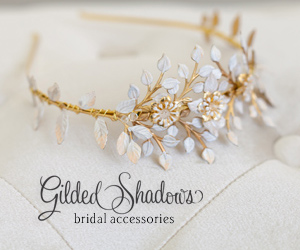 The elegance of this Pearl encrusted cake is next

Spotted on @ellisbridals “Give a girl the right

You may have watched our pretty reel earlier menti

Some of you may have noticed my little fixation wi

So... who is excited about coming out of #lockdown 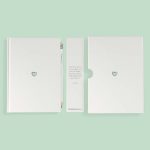 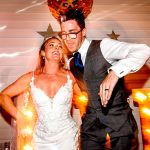 Why you need to know about Photo Booths and the Slow Motion 360!Advice, wtw loves