It’s not going overboard to say that your wedding is one of the most important days in your life. Most of us have some idea of our ‘dream wedding’, and while you might not be able to fly your nearest and dearest by private jet to a remote island, you have a lot of options to make your big day perfect.

In this article, we’ll run through the key differences between modern and traditional weddings – from sending out high-end invitations to walking down the aisle, we’ll cover it all.

One of the first things to think about is where to host your big day, as this affects everything else – not just the style of the ceremony and the content of the wedding vows, but when you have it.

It shouldn’t come as a surprise that traditional weddings are held in churches, as marriage was seen as a union of two people before God.

Now, though, religion is much more a matter of personal preference, and many might choose to get married without any religious elements at all. Many types of building can act as modern wedding venues, from the humble community centre to the fanciest hotels.

As the bride’s family traditionally funded the wedding ceremony, invitations listed the mother and father of the bride before even the bride and groom.

They would also avoid specifying dress codes, as certain rules were simply assumed. No black, for instance, and only the wedding dress could be white. If you’re following these rules today, though, you should make it clear on your invites, just to avoid a faux pas!

How do you send out invitations for modern weddings? However you want! Funding doesn’t dictate whose name comes first, and breaking with tradition means you can be individual.

For the dress code, you’re similarly free to follow your heart. Some go for ‘wear what you want’, while others set styles or come up with their own theme. Just make sure it’s clear on your invitations!

The big night before the big day is a tradition that goes back a fair way, though they weren’t called stag and hen dos until recently. Conventionally, planning the hen night and stag do was a major role for the maid of honour and best man, respectively – with interference strongly discouraged.

Things are less intense today, with no formal rules governing who plans what. One major break from the past is that both bride and groom can be involved – a big no-no in the past. This has especially been true as same-sex marriages become more common and couples share friendship groups before tying the knot.

Whether you love being showered with gifts or feel awkward about the whole thing, it’s good to make clear to your guests how you want to do things – no-one wants to turn up unsure what to buy!

In the past, marriage was a huge step up. It was rare for couples to live together before being wed, and gifts focused on practical things for the new home like crockery and cutlery.

Of course, many couples now live together before getting married, and gifts have changed to reflect this. Registries have been used for a few decades now and can be a great way to make sure you get what you want.

As with most things about modern weddings, norms are looser – especially when it comes to gender. Who speaks, when and what they say is entirely up to you – a relief when planning, though you might still find yourself a little nervous when the time comes to get up and speak! If so, just remember that even at traditional weddings everyone is ultimately there because they love you.

Walking Down the Aisle

One of the most well-known marriage traditions is the father of the bride walking his daughter down the aisle. And although some might find the imagery of a father ‘giving away’ his daughter distasteful today, many brides still choose to give their father this important, emotional role.

Some modern wedding venues, by contrast, might not even have an aisle, and brides and grooms of any gender can choose to be ‘given away’ or to take the walk themselves. For this most romantic of moments, it’s best to follow your heart.

We hope this article has been helpful – with these tips and a little good luck, you should be able to make your big day perfect. If there’s one thing to take away from this, though, it’s that your wedding is yours. Even if you love tradition, don’t feel pressured to do anything – just do what’s right for you.

all images by Ilaria Petrucci featured in this real wedding 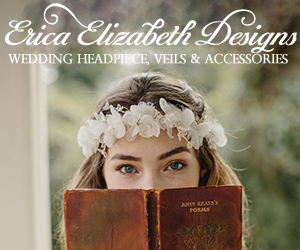 Spotted on @ellisbridals “Give a girl the right

You may have watched our pretty reel earlier menti

Some of you may have noticed my little fixation wi

So... who is excited about coming out of #lockdown

What a beautiful work of art. I’m loving the inc 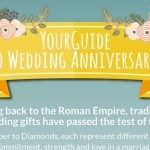 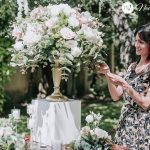 7 Rules for Planning the Perfect Plan B WeddingAdvice, planning