Today on the blog we have an interview with wedding videographer Emmanuel, which I’m sure you will enjoy. Before reading though, do check out one of his wedding films with soul…

I started shooting videos with friends from a young age when the small VHS cameras were not very accessible. Then, many years later, my hobby transferred into something bigger. I decided to go to film school in 2003 and from there my real cinematography career started. I shot and edited several short films, using the students in the drama department as crew and actors. The results were incredible for that time.

I then moved out on my own as an independent cinematographer and started getting commercial work. That process took me about ten years, but I appreciated every minute of it. I then realised that there was a specific niche in the wedding film industry that (at that time) was taboo. And now, here I am delivering cinematic wedding films with a soul. I officially started Emmanuel Films LTD in 2016 and slowly but successfully, developed my brand primarily focussed on a wedding film production.

Who or what inspired you to become a wedding filmmaker?

There are times when everything comes together like magic. It is up to you as the filmmaker to decide to capture these moments and make an emotional film out of it.

Making wedding films inspires me more than anything else because you just arrive on site and everything is ready for you… from the venue, to make up artist and the whole crew. It seems like every time I have a unique movie scene ready prepared for rolling.  I can’t miss the opportunity to capture the vibe and make a film out of it. That inspires me! The whole process.

How would you describe your particular style of wedding videography?

There are different styles and ways to present the wedding day in a documentary film. There is a trend right now for all wedding videographers to call their work cinematic, including myself too. In documentary filmmaking, there are two particular styles called fly-on-the-wall and interactive, which are far away from the trendy name “cinematic”. My style is mixed between these two. I use natural shots from the day combined with other voiceover shots from the ceremony, readings and speeches. This allows me to build a narrative documentary film. Yes, it seems cinematic, but I prefer to call it a film with a soul. The important thing is to see the story in between the words spoken on the day.

If you could go anywhere in the world and film any couple, who would that be, why, and where would you go?

I recently had a unique opportunity to capture a short documentary film in Africa and more specifically in the Atlas mountains. It made me realise that when you go to an unusual destination, you boost your creativity so much more. So, probably I should tell you Hawai or a popular location like Iceland. However, I think a wedding in a Himalayan village would be the most significant experience in my career as a wedding filmmaker.

What’s been your most memorable wedding moment so far?

There are so many moments I remember but then there is The One… the wedding day started well and was quiet, and then, something unplanned happened before the ceremony and this ruined the order of the day completely. The good thing was that all the suppliers were really professional and reacted in the best way. In the end, the couple was blown away from the film they’ve received, most importantly because it was not what they experienced on the day due to the stress caused. They were so thankful.

Give us 5 facts about you…

I am an introvert. I speak through my films. I love travelling. I am a believer. And last but not least, I love my family.

When it comes to selecting a wedding videographer, what advice would you give to brides and grooms?

One of the most important things is to hire someone who matches your lifestyle, and of course, ensure they are really good at making films no matter the price tag.

To view all of Emmanuel’s wedding films or book him for your wedding, hop on over to Emmanuel Films right now! 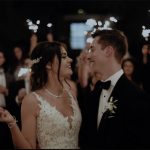 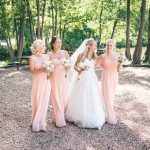